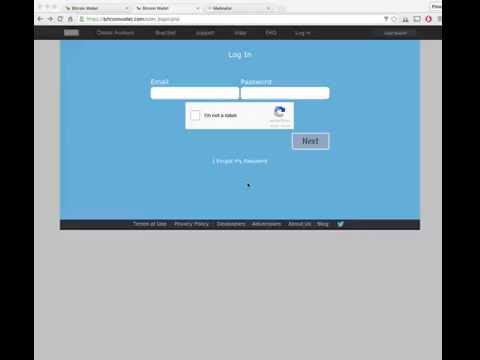 I wanted to use Bitcoin Core to keep an eye on transactions (basically using your own full Bitcoin node to validate, instead of "trusting" Satoshilabs and their webwallet). This doesn't mean there's anything wrong with Satoshilabls' trezor web wallet - it's just a matter of being totally sovereign/independent - if you want that, then using your own Bitcoin Core full node is a must.
Spent some time investigating how to do that, so sharing here in case someone wants it. Feel free to point any ways to do it better.
How-To:
Then open Bitcoin Core and do these other steps...
You can find out the block by putting the hash of your first transfer in a block explorer like https://live.blockcypher.com/, look for "blockheight" If you have no idea which block has your first transaction, you can just rescan the whole chain by typing "rescanblockchain 0" in the console (but Core will take way longer to do it).
That's about it, all transactions made from what wallet should then appear in Core and it will warn every time funds are received or spent. You can be running your own full node and constantly monitoring your wallet, without having to use the Trezor or load Satoshilab's site.
You cannot spend from that wallet in Core, but you can use it to generate receive addresses and send to it (keep in mind that if you generate bech32 addresses in Core, those transfers will not appear at Trezor wallet since it doesn't support it yet :| )
Edit: Forgot change addresses, fixed importmulti example.

Guessing my bitcoin core wallet passphrase, how to speed it up.

I forgot the password to my bitcoin core wallet, in fact i cant remember ever putting a password on the wallet, i started with v0.9.3.0-g40d2041-beta but recently i updated the wallet to 0.15.1. Anyways, now i need to try out every password i think could be the correct one. First, i need to know what rules bitcoin core v0.9.3.0-g40d2041-beta imposed on creating a password, i assume that the same rules still apply to newer versions. I investigated the console a bit but i didn't get a clear answer from it. The example in the console suggests to me that you can use "space", [walletpasphrase "your passphrase here" 600], other than that i couldn't discover much. Second, I'd like a way to speed up the guessing, anyone got an idea or experience? If not i was thinking of first typing out a list of complete password commands in notepad and then pasting them one by one into the console, instead of messing around typing into the console.
Thanks in advance.

01-01 01:52 - 'Tip if your getting into BTC or crypto. Always have screen recording on and recording everything.' (self.Bitcoin) by /u/throwawayman415 removed from /r/Bitcoin within 0-6min

'''
I am not a organized person, I lose passwords and forget things constantly. But having video recordings of everything I've done with crypto has saved me unknown headaches and money. While going through my records I've found small wallets I forgot all about and are worth quite a bit more now then when I started them. Example I bought XMR monero at $22 I bought only 5 coins and I started focusing on other coins and completely forgot about mymonero wallet until I saw the video. I know you can get hacked and you shouldn't have your passphrases on your computer but I did and the $100 I forgot about is now worth $1715, I also had a digibyte wallet and more I forgot about. Make sure you have video and screenshots of everything, if your worried save them to a SSD or external memory. Good luck in 2018.
'''
Tip if your getting into BTC or crypto. Always have screen recording on and recording everything.
Go1dfish undelete link
unreddit undelete link
Author: throwawayman415

02-24 11:33 - 'That really depends on how they implement it. 1Password has a seperate file structure that contains the passwords. This can be moved around like any file to anywhere and stored anywhere so you have full control over it. It can o...' by /u/ergzay removed from /r/Bitcoin within 10-15min

'''
That really depends on how they implement it. 1Password has a seperate file structure that contains the passwords. This can be moved around like any file to anywhere and stored anywhere so you have full control over it. It can only be decrypted with your passphrase. The file is "1password.agilekeychain" which is a package (on OSX) and it also contains an html file that allows you to load passwords from it directly from any web browser if you bring the file archive around with you. Accessing it this way also works for OSes where they don't have standalone applications for it.


sync across my Linux desktop, my Mac laptop, and my Android phone


1Password works on iOS, Android, Mac and Windows. For whatever reason, they see no need to support Linux. It seamlessly syncs across everything.


Is it actually encrypted locally? One of the reasons I like 1Password is that it's effectively guaranteed to be subpoena resistant so in the event that a government goes rogue its still protected. Additionally you have no control over Google updating Chrome. If they so wished they could push an update to Chrome that fed all the passwords of a selected user back to them without your knowledge. With 1Password I maintain control of the data and the software update mechanism.
'''
Context Link
Go1dfish undelete link
unreddit undelete link
Author: ergzay

The ultimate back-up plan: Your private key, stored in the block chain, encrypted

Here’s an example of the data stored within the Keystore file: ... Error: Key derivation failed – possibly wrong passphrase” then you’ll know that this password guess is not correct. Go back to the first step and repeat with your next password guess. If you have the right password you’ll be taken to a page that allows you to enter a receiving address for the cryptocurrency you want ... I Forgot The Passphrase For My Wallet.dat. How Can I Crack It? My Pass Is Too Long To Bruteforce. : Bitcoin . Do not use URL shortening services: always submit the real link. Begging/asking for bitcoins is absolutely not allowed, no matter how badly you need the bitcoins. Only requests for donations to large, recognized charities are allowed, and only if there is good reason to believe that ... I've damaged my phone where I hold some of my Bitcoin in a Mycellium wallet. The damage makes the top half of my screen totally unresponsive which has made it impossible to send my Bitcoin over to my Ledger or anywhere else! I'm due to send my phone away for repair/replacement through my insurance but want to make sure my coin is safe first. Just enter your passphrase to unlock your wallet. By unlocking from here you can access most part of your wallet. You can stake, send coins and even export private keys. However the problem is few wallets won’t unlock fully; it says “wallet is encrypted and currently unlocked” or “wallet is unlocked for minting only“. This usually can ... I Forgot My Pin: An Epic Tale Of Losing $30,000 In Bitcoin. I Forgot My PIN: An Epic Tale of Losing $30,000 in Bitcoin I Forgot My PIN: An Epic Tale of Losing $30,000 in Bitcoin The Trezor: January 4, 2016: 7.4 BTC = $3,000 In January 2016, I spent $3,000 to buy 7.4 bitcoins. At the time, it seemed an entirely worthwhile thing to do. I had recently started working as a research director at the ...

Memorize the seed, write it down, or better yet, store if offline somewhere, to be sure you never 'forget your password' or lose access to your Bitcoins. Reach us through: - Hodl Hodl trading ... I offer the help, to your forgotten password for BTC Wallet.dat Also I can give you my script, under a condition not to use him in the illegal purposes. Category This video is unavailable. Watch Queue Queue. Watch Queue Queue Flux is proudly sponsored by Webflow, start a new account with an awesome discount: http://bit.ly/FluxWebflowDiscount - Gear & Book Recommendations: http://b... I forgot my bitcoin wallet password - Duration: 1:55. BitcoinWallet 8,945 views. 1:55. How To Create Account In Blockchain In 2 Minutes. Hindi Tutorial For Beginners. - Duration: 7:09. ...