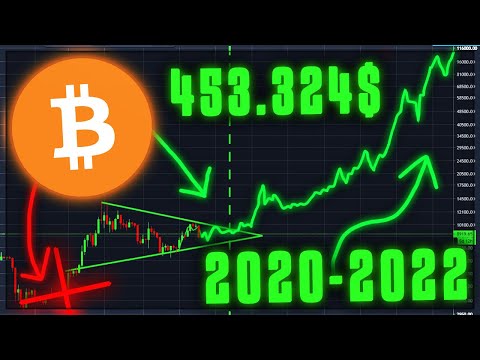 Interview with Tuur Demeester on The Bitcoin Reformation — What Bitcoin Did

The Cryptoconomy Podcast: The Bitcoin Reformation - by Tuur Demeester

Paul Vigna: "It's like the Bitcoin Reformation. What a mess."

Bitcoin has so far proved incapable of scaling up to handle the transaction volumes of the mighty Visa. The Segwit extension implemented last year brought some relief to clogged mempools and astronomical transaction fees, but nowhere near enough to solve Bitcoin’s scaling problem. The plan to double the block size after Segwit (known as Segwit2x) was abandoned after it became clear that the majority of the miners were not going to support it. After all, as The Economist presciently pointed out some months previously, they had no incentive to do so.
To make matters worse, the Bitcoin community has divided into two factions, apparently permanently. A hard fork in August 2017 gave each faction its own coin. The newcomer trades as Bitcoin Cash (BCH), while the continuing chain trades as Bitcoin (BTC).
Each community insists that its coin is the “true Bitcoin”. Here is what Bitcoin Cash’s website says about the reasons for the hard fork:


Some of the developers did not understand and agree with the original vision of peer-to-peer electronic cash that Satoshi Nakamoto had created. Instead, they preferred Bitcoin become a settlement layer.Many miners and users trusted these developers, while others recognized that they were leading the community down a different road than expected.


So, according to Bitcoin Cash, Bitcoin (Core) has abandoned Satoshi’s original vision. By refusing to raise the block size limit, they have prevented Bitcoin’s own blockchain from becoming a serious challenger to existing payments providers. Now, they are compromising Satoshi’s entire concept by adding a second layer of transaction processing off the main blockchain.
But Bitcoin Core developers say that the block size limit was imposed by Satoshi himself:


Satoshi added the 1M consensus limit in 2010, intentionally set above the free market fee range. This artificial ceiling acts against network DoS, raising the cost of attack. Setting the limit above free market range resulted in a safety limit reasonably free from politics.


We now know that the limit is no longer “above free market range” – indeed, has not been since about 2015. It is hard to imagine a more politically-charged debate than the fierce argument over whether to increase the block size, and if so, by how much.
However, Bitcoin purists insist that since Satoshi set the limit, it must stay. And other Bitcoin aficionados are perfectly happy for the block size to remain restricted, because they see Bitcoin becoming a scarce valuable asset underpinning a transaction processing layer – a digital gold standard. For this, they claim support from Satoshi’s own writings. Satoshi seems to have disliked fiat currency and preferred a gold standard.
Thus, both factions claim to have Satoshi’s “true vision.” And the fight between them has become bitter and personal. It doesn’t even seem to have much to do with the technology any more. The technology is happily developing along two different paths: Bitcoin developers are briskly proceeding with their second layer, known as the Lightning Network, while Bitcoin Cash, which raised the block size to 8MB immediately after the hard fork, is just about to quadruple it to 32MB. But as the technology diverges, the war of words is becoming ever more intense. Here, for example, are Samson Mow (BTC) and Roger Ver (BCH) biting lumps out of each other at the recent Deconomy conference:
On Twitter, the battles are even fiercer. Both sides are evangelical in their commitment to their coin’s cause and utterly intolerant of criticism. Any attempt to discuss the relative merits of the two coins quickly degenerates into name-calling.
As Jimmy Song perceptively notes, this is not so much a clash of coins as a fight to the death between two factions with opposing economic ideologies. Reflecting the real-world economic theory that each has adopted, he dubs them “crypto-Keynesians” and “crypto-Austrians.” Crypto-Austrians insist that “sound money” is all that matters, and transaction throughput is subservient to this overriding goal. Crypto-Keynesians insist that transaction throughput is essential if Bitcoin is to have any real-world use and hence any real-world value.
This is not the first time that a coin split has been driven by ideology rather than technology. Ethereum’s split in 2016 was so ideologically-driven that it looked suspiciously like a schism. But the turf war between Ethereum and Ethereum Classic died down quite quickly, and the two communities now largely ignore each other. In contrast, the BTC/BCH clash seems to become ever more intense as the technology diverges. The conflict between BTC and BCH looks more like a religious war than a disagreement over technology. Perhaps this is Bitcoin’s equivalent of the Reformation.
To Bitcoin atheists like me, the whole argument looks silly. Just as both Protestants and Catholics ultimately wanted the same thing, namely to spread the Christian religion throughout the world, so too both Bitcoin Core and Bitcoin Cash want the same thing, namely to spread the Bitcoin ecosystem throughout the world. They just disagree about how to achieve it: Bitcoin Core want a two-layer set-up so they can preserve their commitment to "sound money," while Bitcoin Cash want all transactions to be on-chain so they can preserve their commitment to “peer-to-peer electronic cash.”
Satoshi’s vision appears to contain elements of both. The fundamental conflict at the heart of Bitcoin was set up by its creator. But it is entirely counterproductive for the two ideologies to attempt to kill each other off like this. The lesson of the Reformation is that schism and factional infighting cannot resolve a fundamental conflict. Ultimately, if the Bitcoin ecosystem is to rule the world, the two factions must learn to coexist peacefully. Otherwise both will become irrelevant.

Paul Vigna: "It's like the Bitcoin Reformation. What a mess."

The only thing holding Bitcoin back in the USA is how it gets taxed by the IRS. It hampers the velocity of Bitcoin transactions throughout the economy. If we ever want Bitcoin to hit escape velocity, these taxes must be reformed.

Bitcoin hasn’t hit that “of course we accept Bitcoin” level in the economy and it never will if it continues to be taxed in this way.
Capital gains taxes and the IRS demanding tax payment in USD are the achilles heel of Bitcoin.
But Bitcoin is a completely new thing. It should not be taxed like simple property or a collectible.
If you want to see an explosion of sustainable economic growth in the economy, then the taxation of Bitcoin must be reformed.
They can even charge the capital gains if I trade my Bitcoin for USD for all they want. But if I’m trying to buy my groceries or a house with bitcoin, then the capital gains tax need not apply.... or can be greatly reduced.

#Markaccy is furthermore traveling to construct a handheld health care reform structure that will be operated together with the MKCY token. #Markaccy #markaccy #MKCY #defi #bitcoin #ethereum #crypto #cryptocurrency

English Law Reforms Proposed for Bitcoin and Ethereum to “Flourish”

Bitcoin Beach: Reforms to Attract Cryptocurrency Innovation and Investment in the Sunshine State