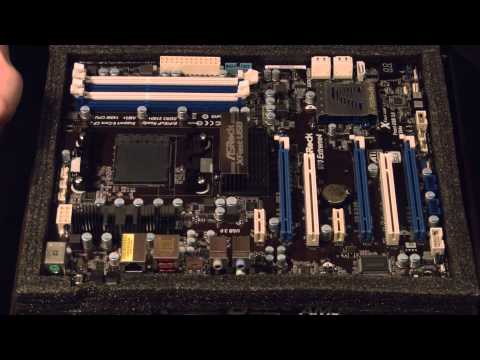 Hey all,
Parting off the remnants of a bitcoin miner operated in a temperature controlled environment. All parts have been fully tested and are in excellent, like new condition, and will come in their original packaging with accessories (see attached pictures for details).
For Sale:
Timestamp and Proof

Hello! I'm currently upgrading and I looked at how I built my last PC's.
Usually, I followed the 350$ CPU and 300-350$ GPU + ~Mid-endish motherboard, standard cheap 650W CPU because I never did the math, randomly picked RAM based off top reviews (that was always compatible with my motherboard) and of course, Case/Fans/Disk Drive.
Well I ended up with a 1200$ PC two years ago, and now I'm selling it for 800 so I have extra money so it's time to go all out. This is basically my dream computer. Buying high end parts all at once.
I want to eventually watercool it, once I have some experience. I don't know how much it costs so unless you can tell me what I'd need and a price for watercooling, I'm content without it at the moment. I'm also ordering it all from Newegg cause I'm using Bitcoin to purchase.
Also, I don't plan on overclocking anything. I can't imagine breaking one of my parts, even if I was careful. Maybe someday but I plan for stock until then.
My questions are:
Thank you all so much for your time!
PCPartPicker part list / Price breakdown by merchant

Sudden Problems Playing 3D Games - Replace Some Parts or Everything?

I've got a custom built PC that I originally used as a Bitcoin Miner in 2011 and upgraded around 2012/2013. In the past couple weeks, I've had trouble running 3D games. It can take 30 minutes to load a game that used to load in less than 5, and once the game loads, it freezes way too often for the game to be playable, and some of the textures are blurry. I've run stress tests on the GPUs and CPU and the PC ran just fine for 20+ minutes. I have a new laptop with integrated graphics that now runs games better than my desktop does.
Here's my hardware:
Processor: AMD FX-8350 8 core, 4.0Ghz
GPU: AMD Radeon HD 5770 x2
RAM: 6 GB
Motherboard: ASRock 970 Extreme4
PSU: Rosewill RG530-S12 530W
I was able to somewhat fix the problem by removing the primary GPU. Now games load in a reasonable time and are freezing up less, though still enough to be annoying. The textures are still loading slowly.
Considering the GPUs were at 100% load, 24/7 for about 2 to 3 years straight, then continued to be used for gaming with reasonable performance for another 3 years, I'm pretty happy with the use I've gotten out of them. The simple solution would be to replace both GPUs with a new one, though that doesn't guarantee my problems aren't also being caused in part by some other hardware.
Also, I accidentally spilled a small amount of water into the fan openings on the top of the case once 6 months ago, so I'd hate to get a new GPU and the whole thing fails because of damage caused by the spill.
Does it make sense to replace just the GPU, or the whole machine?

My original goal was to build a PC with a budget of $1300 and it was going to be the items in this post, with an old Dell monitor I had lying around.
http://www.reddit.com/buildapc/comments/2f0sd3/build_ready_1300ish_build/
Back in August NewEgg was having a promo with up to $150 taken off your order with Bitcoin payments. I then went on a evening excursion trying to find a way to get real money exchanged into Bitcoins. I ultimately settled on using a Bitcoin ATM, which was ungodly expensive and complicated to figure out the total amount of money to load into my wallet.
Unfortunately, about 3/4 days after I bought my video card open box from Microcenter I sent it in for an RMA and was unable to return it. Otherwise I would have used a 970.
*Special thanks to the following for suggestions and help when I posted *
PCPartPicker part list / Price breakdown by merchant
Things I learned
Imgur

I'm a first time builder looking to get a rig that will perform well and be reliable. I'd like to have it last a couple years. I would like to have the computer function as part of a DAW on which I can record and edit several instruments and vocals (probably Pro Tools) as well as using Ableton or similar software for making electronic music. I will be doing some moderate gaming, but nothing too crazy. I'd also like to use it as an HTPC. I will be coding and doing web/app development using environments like eclipse and VS, including using emulators such as android emulator in eclipse. I want to be able to work from home which involves VNC. Possible bitcoin mining. Tell me what you think.
PCPartPicker part list / Price breakdown by merchant