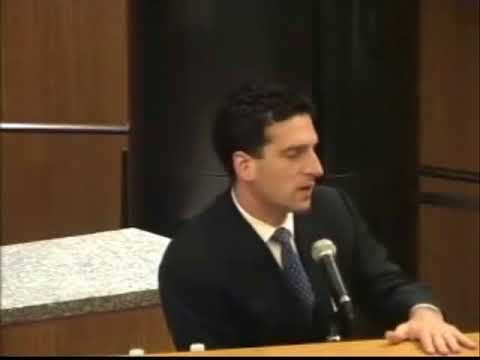 There's a cover story at Wired today about the Dark Wallet software that aims to completely anonymize transactions. Built on top of bitcoin, Dark Wallet merges transactions through a method known as CoinJoin, making it impossible to trace the destination of funds. The creators state that the goal of Dark Wallet is to make bitcoin transactions completely anonymous.
I like Dark Wallet because it is built on top of the bitcoin protocol. Darkcoin, an alternative system that aims to accomplish the same thing, is more centralized (it has masternodes). Darkcoin also suffers from the simple fact that it is an altcoin, which is reason enough to believe that it is unlikely to succeed.
Dark Wallet's success is more likely, because it theoretically could be used interchangably with the existing protocol. Since money flows over bitcoin and there are no colored coins representing larger values, a Dark Wallet coin is worth the same as a bitcoin. Should people start to use Dark Wallet, I predict that the Dark Wallet protocol becomes implemented by all major providers within a year of that. Should that happen, Dark Wallet will eventually become the default protocol, since traditional bitcoin has no advantages over Dark Wallet (who doesn't want to protect their privacy?) We could see it integrated into the reference client, just as the reference client uses new change addresses now to protect privacy. Ironically, the only use the non-Dark Wallet protocol would have then is for transparency purposes like proofs of reserve and huge bank transfers, so that straight bitcoin suddenly goes from the evil anonymous currency to the transparency enforcer.
Pay attention to Dark Wallet. Because it is not an altcoin, and because it is so interchangable with straight bitcoin, it could eventually become the standard protocol should people start using it.


The difference between good news and actual products

I wonder if some of the discrepency between actual prices and the amount of good news that seemingly appears is because much of the good news is not actually what it seems. I was surprised to discover this morning, for example, that 1-800-flowers isn't actually accepting bitcoins. They only announced that they will be doing so later in the year, which adds them to a string of companies which stated they would be accepting bitcoins but turned out that only a small segment of the business was doing so, or that these companies' bitcoin acceptance wasn't live yet.
It's also worth considering that many press releases have no real product behind them. Circle, which issued a release in mid-May, said that they were going to allow people to buy bitcoins with a credit card for no charge. Two months later, we have yet to hear a single person who has been accepted into their beta testing program.
Therefore, I propose that one reason that good news has little effect on the markets is that it isn't actually good news. Perhaps the big time investors who actually make a difference see through the press releases more easily than the people on reddit do.


Why go bearish so early?

Some people questioned why I would have a negative outlook on bitcoins several weeks before we can confirm that this bubble cycle failed to launch. After all, the expected time that this bubble would peak isn't close to arriving yet.
Over the past year, market movements have tended to occur about 10 days before the majority of people on reddit believed that they would happen. You can see this correlation in the crashes and rises last November pretty clearly. I've predicted that things aren't turning out the way many people believed, and that such an outcome would likely produce a downturn (but not kill bitcoins). Because things happen often happen before everyone believes they will, I would imagine that the fallout would occur before the expected timeframe of this bubble elapses.


On the New York regulations

Much has been made about how Benjamin Lawsky's proposed regulations will have a significant impact if they are released in a few weeks. I predict no impact at all.
First, any regulations that are released are not going to be final; they still need to be discussed and approved. Therefore, companies will not be able to act upon them without fear of the rules changing before they are finalized months from now. Second, these regulations were to have been completed several weeks ago, and are still outstanding. As people in /bitcoinmarkets say, it's always coming "in two weeks." Finally, even if these regulations were finalized two weeks from now, there aren't any companies ready to pounce on them. Other regulations like money transmitting licenses, and simply not having the software ready, are greater hindrances at this point to these companies.
Lawsky's regulations are important, but the timeframe in which they will have an effect is going to be drawn out well into the future. When they are finally approved, there probably wouldn't be much splash, since the splash always is made on the initial announcement. Their approval will set the stage for growth, but not until they are finalized and the companies are ready to go.

It occurred to me recently that people separate cryptocurrencies into two areas: bitcoins and everything else (altcoins). In some ways, altcoins can be separated into litecoins and everything else.
In these contexts, bitcoins and litecoins share many characteristics. Both were the first, and most widely used, in their fields. Both use proven algorithms and provide a barebones framework, rather than attempting to experiment with extra features like anonymity or using 6 algorithms. Both serve as a reserve currency against which other cryptocurrencies are measured. Both have established uses that people need to hold them for to conduct real commerce. And both can be traded directly for dollars.
This is why I do not believe that litecoins are going away. The idea of "silver and gold" is not a misdirection; the simple fact that litecoins are worth less than bitcoins has made them valuable in a number of instances where eight decimal places of bitcoins is not granular enough. Just as bitcoins' most important attribute is their network effect, litecoins have a smaller, but similar network effect. Convincing people to switch out litecoins for Darkcoins or whatever flavor of the day comes up next will be just as difficult as it would be to convince people to drop bitcoins in favor of some other currency.


Uses for the sockpuppet accounts

It's worth paying attention to flairs in /bitcoinmarkets for unusual activity. One thing those sockpuppet accounts could be used for is to influence the bulls-to-bears ratio. In yesterday's comment, I referred to the "weighted bulls to bears ratio," which is a better metric that minimizes the effects of such accounts.

Dogeparty Pulse #5 - The Calm Before The Storm

Welcome back Dogeparty Community! We look forward to posting the newsletter and receiving your comments each week. Keep it up! While news is still relatively slow in the Dogeparty world, it won’t be much longer before exciting new things start coming your way. Without any further delay, read on for your weekly update.

Such excite! You’ve been waiting for it! You’ve been asking for it! Development is in the final stages! The Distributed EXchange (DEX) has been enabled on Testnet. Read Dogeparty Services / Projects / Core Updates below for more information.
The fourth Dogeparty Hangout meeting was held last Saturday. All you Shibes are quietly awaiting the release of new tools, and with news being so slow last week, we didn’t have anyone in attendance. As such, the meeting was not recorded. We’ll continue to be available each week at the scheduled time to address any of your questions or comments, and as the news begins picking up, we’ll provide a more specific agenda. Join the next Dogeparty Hangout #5 via Google Hangout. The live meeting link will also be sent out via the Dogeparty Skype room a few minutes prior to the meeting start time.
Wow such currency! DogeCon Berlin 2014 was held late last week. See Dogeparty developer Lars’ presentation at the conference. Lars’ discussion begins approximately 3:11:00 in the video.


In The News This Week

For those of you who missed it, here are some links that will get you up to date with the latest cryptocurrency news:
Cryptocurrency has been a very hot topic in this week’s Money 20/20 Conference being held in Las Vegas. Benjamin Lawsky, New York State's first Superintendent of Financial Services, gave an informative keynote speech in which he explained what’s on the regulatory horizon. He explained that regulatory guidelines are already in place to help businesses determine what rules, regulations, and requirements might apply to their business model, which brings some clarity to the muddy waters. What is crystal clear however, is that virtual currency regulation has yet to be thoroughly vetted out at a Federal and State level, and at that, it will have to continue to evolve as the technologies do. Watch Benjamin Lawsky’s speech.

The DEX is enabled on Testnet and we need people to test it! The developer would like to hear feedback from the Dogeparty community. Please tell us if anything breaks! Test Dogeparty Wallet on Testnet. View Dropbox screenshot. You just might want to join the Dogeparty Google Hangout this Saturday where this is sure to be a topic of discussion!

Look for the Dogeparty Pulse every Wednesday morning (Pacific time)!

In bitcoin community Benjamin Lawsky became famous due to his part in the development of BitLicense – the first attempt to regulate digital currency in the United Stated. The first draft of the law was published in the summer of 2014 and caused havoc in the American bitcoin community. After some hesitation, big players and bitcoin enthusiasts joined their forces to oppose BitLicense ... Lawsky: Bitcoin Developers and Miners Exempt from BitLicense. By cinerama October 15, 2014 Bitcoin Politics. No Comments . Click here to view original web page at www.coindesk.com. Ben Lawsky. Developers, miners and individuals using bitcoin will generally not be regulated by the impending ‘BitLicense’ proposals, according to Benjamin Lawsky, superintendent of the New York Department ... Bitcoin News Benjamin Lawsky Clears the Air about His Intentions behind BitLicense. Benjamin Lawsky, the former superintendent of the New York Department of Financial Services known for ... Benjamin Lawsky: ‘I’m Doing No Work in the Digital Currency Space’ Articles; Guides. What Is Bitcoin? How To Buy, Sell And Transact With Bitcoin; What is Bitcoin Mining? What Is the Lightning Network? Conference; Events; Store; Follow. RSS Feed. Facebook. Twitter. Instagram. Telegram. Youtube. Linkedin . Regulation Benjamin Lawsky: ‘I’m Doing No Work in the Digital Currency Space ... Tags: axoni, Benjamin Lawsky, bitcoin, BitLicense + Leave a Comment. Leave a Reply Cancel reply. You must be logged in to post a comment. Press Releases + Press Release Use the HolyTransaction ...

10 Benjamin Lawsky Bitcoin Future Quote: Bitcoin will remain, in my opinion, a relentless anomaly that refuses to go away - a black swan that cannot be ignored or extinguished. Live Bitcoin Liquidation Watch: June 1 2020 IntroToCryptos 206 watching Live now Kayleigh McEnany explains what it will take to stop antifa - Duration: 7:26. Bitcoin activist Theo Chino confronts infamous New York regulator Benjamin Lawsky about his even more infamous BitLicense...and gets video of it! How to buy your own ad on - or donate to - the ... Support http://RRBI.co for sponsoring this show. Buy Silver and Gold -- for Bitcoin! Benjamin Lawsky Keynote - Money 2020 - Nov 2, ... Bitcoin and the Digital Battle for Your Wallet - Duration: 7:53. Bloomberg 4,113 views. 7:53 . Bitcoin Predictions, What Brings Us 2014 ...