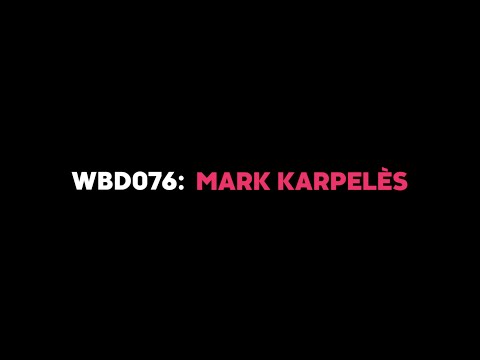 Bitcoin Is Now Legal In Japan. Could More Support From Other Countries Take Ot To The Next Level?


Bitcoin trade in Japan accounts for almost 50% of the global trade volume compare that to the US which contributes around 25%. The number has surged since the government passed a new law earlier this year recognizing the digital currency as a legal form of payments.
There are already more than 4500 stores that let you pay with Bitcoin.
Mai Fujimoto, also known as Miss Bitcoin in Japan, has been blogging and tweeting everything about Bitcoin.
She started investing in Bitcoin back in the year 2011 when Bitcoin's price was roughly around $10, a price that has jumped more than 500% since.
Three years ago the first major Bitcoin exchange Mt.Gox collapsed and declared bankruptcy after hackers raided its accounts.
With Bitcoin still banned in China, Japan can possibly take the lead. However, for Japan, cryptocurrencies like Bitcoin sit within the realm of Fintech.

Cryptocurrency exchanges about to take off in Japan (Nikkei)

May 2, 2017 2:00 am JST - Tax cuts, higher standards are boosting demand for bitcoin-like investments
Investors in Japan will have an easier time trading virtual currencies like bitcoin as more exchanges crop up. TOKYO -- More than 10 Japanese companies are launching exchanges for bitcoin and other virtual currencies, with an eye to tap growing demand after legal changes that make such trades cheaper and easier in the country.
SBI Holdings has set up SBI Virtual Currencies, an exchange between the yen and cryptocurrencies like bitcoin and that of the Ethereum platform. The GMO Internet group is also establishing its own company, with plans to increase the number of digital currencies it trades based on demand. Kabu.com Securities and foreign exchange trader Money Partners Group plan to enter the field as well.
Starting July, Japan's consumption tax will no longer apply to purchases of virtual currencies. Exchanges in Japan have also been required since April to obtain a special license, which has requirements for finances and asset management structures, from the Finance Ministry.
"We didn't even have minimum guidelines" back in 2014, when the bitcoin exchange Mt. Gox collapsed, "so users will now feel more secure," an SBI Virtual Currencies representative said.
Around 18 companies are currently planning to apply for a license, according to the Japan Cryptocurrency Business Association. This includes the more than 10 companies newly entering the market, as well as existing exchanges like bitFlyer. Japan's three megabanks, however, are not planning at this time to start trading digital currencies.
Many new players are interested in turning such currencies into a new investment option. The price of bitcoin has tripled in the past year, and some estimate the total value of all virtual currencies at over 4 trillion yen ($35.8 billion). "There is demand among our clients for cryptocurrencies, given their rising value," said a source at one company.
But the currencies tend to have low liquidity and high volatility. Because a large volume of bitcoin trading occurs in China, that country's monetary policies have a significant impact on its value. Some foreign banks are also refusing dollar wires to and from virtual currency exchanges.
Digital currencies still occupy a small space in Japan. But they could catch on as a cheap way to settle payments and transfer funds in the future.

Hunting the missing millions from collapsed cryptocurrency - “The FBI suspected BTC-e was involved in hiding funds stolen from the hack of another bitcoin exchange, Mt Gox.”

@techreview: Researchers have discovered serious market manipulation in the run-up to the the collapse of Mt. Gox, the world’s largest bitcoin exchange at the time. https://t.co/hcd0tvwYiM

@techreview: Researchers have discovered serious market manipulation in the run-up to the the collapse of Mt. Gox, the world’s largest bitcoin exchange at the time. https://t.co/mPEETU3zcP

@techreview: Researchers have discovered serious market manipulation in the run-up to the the collapse of Mt. Gox, the world’s largest bitcoin exchange at the time. https://t.co/8MwXOcZp48

A federal judge in Chicago has rejected class status for investors accusing Japan’s Mizuho Bank of hiding problems at the defunct Mt Gox bitcoin exchange, increasing the investors’ losses when the exchange collapsed in 2014.

Is The World's Largest Bitcoin Exchange Headed For A Mt. Gox-Style Collapse

Is The World's Largest Bitcoin Exchange Headed For A Mt. Gox-Style Collapse

Is The World's Largest Bitcoin Exchange Headed For A Mt. Gox-Style Collapse? Would such a thing affect Eth prices?

Most or all of Mt. Gox's missing bitcoins stolen between early 2011 and May 2013, long before the exchange collapsed in February 2014

Mt. Gox’s ex-owner Mark Karpelès is due to face court in Japan this Friday, which means the long-running case of its “missing” Bitcoin BTC is reaching a crescendo. It’s been over five ... Bitcoin Exchange MtGox Collapses, Bitcoin Holders Suckered into a Digital Ponzi Scheme. February 27, 2014 February 27, 2014 / The Eye is Watching. By Health Ranger. The bitcoin infrastructure is subject to the whims of just one person running MTGox who can arbitrarily decide to shut it down whenever he thinks the market needs a “cooling period.” This is nearly equivalent to a financial ... The collapse of Mt Gox: Conclusion. The collapse of Mt Gox has presented a very sophisticated case in the hacking of cryptocurrency exchanges. It has remained to be a rare case where hackers, for example, instead of just stealing cryptocurrencies from an exchange, alter the system to indicate a lower value of each coin. Mt. Gox issued a press release on 10 February stating that withdrawals were completely halted due to transaction malleability: “A bug in the bitcoin software makes it possible for someone to use the Bitcoin network to alter transaction details to make it seem like a sending of bitcoins to a bitcoin wallet did not occur when in fact it did occur. Since the transaction appears as if it has not ... Mt. Gox, called "Mount Gox" or simply "Gox", was the most widely used bitcoin currency exchange market from shortly after its inception in 2010 to its insolvency late 2013. The market was closed February 25, 2014 and has since filed for bankruptcy protection in Japan and the United States, after losing 640 thousand bitcoins.. A registrant on Mt. Gox had at least two sub-accounts: one for ...